Home
discovery
Why Do People Believe in Conspiracy Theories?
Spread the word:

No matter what the conspiracy is about, in most cases it is believed that the government is involved. So, why people believe in conspiracy theories? Distrust is the main reason. Distrust of government most often causes the most stupid theories to others that appear to be true.

More statistics conducted in the US showed that minorities (African and Hispanic Americans in general) believe more in conspiracy theories. In a study conducted in the UK has been observed a similar effect associated with education and religious faith. People with a smaller monthly income, have tendencies to believe in conspiracies more. Why is there this difference? Probably due to their lack of satisfaction in the society they live, due to their distance against “centers of power”.

According to studies published in the scientific journal “Applied Cognitive Psychology” conspiracy theorists have one thing in common: lack of control over their lives. This belief may indicate a well-known psychological state, one hypothetical or combinations thereof, such as paranoia, denial, schizophrenia syndrome evil world.

How do these theories?

People believe in conspiracy because it provides simple explanations of complex events, exceeding their way to understand. And these events are, of course, “intentional” and “planned”. 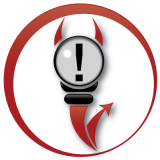